2017 was an important year for Gibraltar both in terms of growth and momentum. As the year comes to a close, Gibraltar Business Capital President Scott Winicour took some time to reflect on key milestones and look ahead to 2018.

Throughout the year, Gibraltar celebrated successes ranging from record funding levels to expanding its sales team, launching a new service line, and being named by Inc. Magazine as one of America’s Fastest-Growing Private Companies.

Gibraltar hit the ground running this year, reaching nearly $50MM in new funding for the first half of the year and to keep pace, Gibraltar expanded its team by adding Stan Scott as Vice President, Account Executive, and Scott Shapiro as Senior Vice President, Business Development Officer West Region.

Winicour credits the Gibraltar team with accomplishments including a 12% increase in revenue. “In addition to increased revenue we’ve also increased average loans outstanding by 19% and increased operating income year-over-year by 36%. And while our numbers create the benchmarks, our people are key to everything we do and every win we’ve had this year,” said Winicour.

Another one of the highlights of the year was being named by Inc. magazine on its 36th annual Inc. 5000, the most prestigious ranking of the nation’s fastest-growing private companies. “This honor is a tribute to our stellar team,” said Winicour. “We are not only proud to be included in this group, but are gratified that we also play a role in helping our clients move forward when in need.”

“While we love reflecting on our wins, we recognize this record breaking year wouldn’t have been possible without the support of our referral partners,” said Winicour. “The end of a successful year is an opportune time to look ahead and I’m excited about the possibilities in 2018 as our industry continues to thrive and our commitment to serving our clients continues to grow.”

Winicour noted that he and his team have an aggressive list of goals ranging from continuing to strengthen its portfolio to enhancing its product offering in market and growing its regional sales team.

“We’re also recommitting ourselves to our mission to be the go-to for small- and medium-sized businesses that need a creative angle to finance their dreams,” Winicour said. “We measure success in our client’s ability to capture opportunity, sleep at night, and ultimately, succeed on their own. We look forward to doing that for many years to come.” 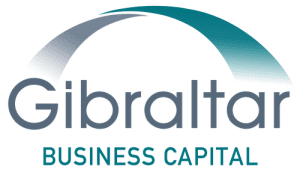